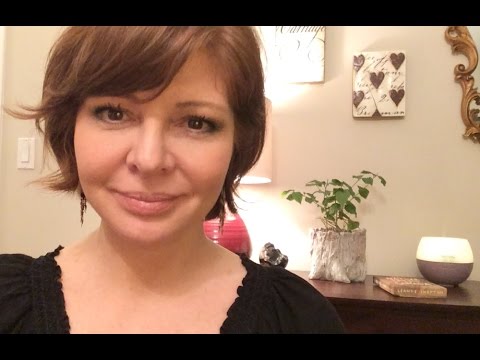 Hey guys, it's Anna from Wingmam, a dating coach in Vancouver, Canada I want to just follow up on a video I did a few weeks ago where a guy in a hardware store asked me out on a date, and I went

So I'm going to give you a few of the do's and don'ts based on that date so that we can all learn and grow from this First of all the things he did right He showed up on time and even though I showed up early and bought my own coffee he insisted on buying me a treat and so I asked for a cheesecake He actually got another point for that because I found out later that he's a vegetarian and he never once made me feel bad about asking for a non-vegetarian treat Third point, he was a great conversationalist, he was great about asking questions and also sharing his story and we shared about an equal amount of talk time

And fourth thing is he walked me to my car which was very chivalrous The things that didn't go as well were during the conversation his phone, although the notifications were set to silent, it was on the table and every time the screen lit up he checked out of our conversation by checking his phone, so that's a turn-off And then the next thing is too that when we when he did walk me to my car he was obviously wanting to go in for the kiss and I didn't want to and I was trying to show the signs that I was not interested in that by not making eye contact, moving away from his personal space, going for the handle of my car like I'm leaving, and he kept kind of maneuvering in trying to get closer to me until finally I actually had to say, look I'm not going to kiss you So that was a bit aggressive and then he asked me what I was doing later, I said I was hanging out with friends, he said what about later tonight That translated into Netflix and chill which is cheesecake and sex, and at that point I was just totally turned off

As well the next thing that I did wrong was during our conversation he did ask me what I was thinking because when he found out I was a dating coach he was curious about my intention of going on a date with him, and I was honest in that I said, well I thought if you weren't the right guy for me then maybe I could set you up At least I was honest But he did ask me if I would want to go out again and I said yeah, but I was thinking as friends, and I should have said as friends, or, you're a great guy maybe I can set you up Because obviously I already knew that with him having a kid it wasn't going to work out and I should have said that But he didn't even ask me any questions about whether I even liked kids so another little point there

And then, oh and the other point which was not bad on his part or my part but as an incidental, I totally respect and even admire vegetarians and vegans I think they are the saviours of our planet because I do believe that being a carnivore is not great for the environment You don't have to share my opinion, whatever it doesn't matter, and but I am a carnivore I love a meaty, juicy, greasy, I'm-going-to-hell burger, and I prefer to share that experience with someone else who feels the same way as me We all have flaws whether you think that's a bonus or a flaw that's the truth of who I am