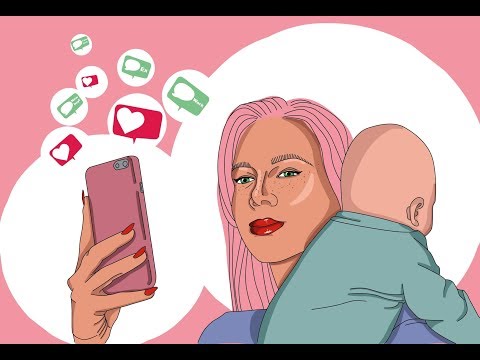 The miserable cross-section of ageism and sexism strikes again  You know, the general consensus that while men get better with age, women are pointless after the age of 30  A big part of this comes from our evolved drive to reproduce

A woman’s fertility is at its peak in her 20s, so that’s the best age for her to get pregnant and spawn some kids Men’s fertility declines with age too, but this doesn’t have as strong an impact on reproduction  And so men can still be attractive for reproductive purposes in later age, while women are biologically less attractive once they’re out of their fertile prime  There’s also the super fun cultural reasoning behind straight men fancying young women – the way we prize youthful bodies and demonise signs of ageing, the infantalising of women so men can feel more powerful, and so on  In the world of online dating, both those factors come to the fore, creating an environment where older men are flooded with matches while an older women’s prospects feel barren  To put it in blunt, haunting terms: Women on dating apps are most desired at 18, while men hit their peak at 50  That’s according to a new study published in the journal of Science Advances, which looked at data from heterosexual online daters living in Boston, New York, Seattle, and Chicago  The researchers found that a woman’s desirability on dating sites and apps declines with age, dropping from the time she’s 18 until she’s 60 That means that when online dating, women are at their peak desirability when they’re still teenagers  For men, however, desirability peaks at 50, then declines with age  ‘The age gradient for women definitely surprised us,’ Elizabeth Bruch, the author of the study, told the New York Times, ‘both in terms of the fact that it steadily declined from the time women were 18 to the time they were 65, and also how steep it was ’  Other than youth, factors that affected desirability were physical attractiveness and education – although the impact of education was stronger for men  While men’s desirability increased with the level of education they’d received, women were considered most desirable when they had an undergraduate degree When women had a postgraduate degree, they became less attractive  Before you get too miserable about the state of dating (30-year-olds with multiple degrees, you’re clearly doomed), it’s worth noting that these are the traits that people found attractive – it doesn’t mean they’d turn down anyone who doesn’t fit those rigid standards  People don’t tend to only go for people who meet their dream requirements, although the research did find that daters typically message potential partners around 25% more desirable than themselves