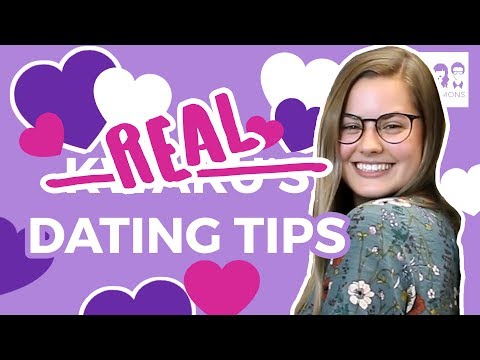 Hey, listen! Kwaku told me to respond later so I probably should I might wait a little bit more

I think I'm gonna respond now Ohhhh Kwaku Kwaku made a great video, ya know? He brought up some good points in his dating video but like probably I'd say 75 percent I didn't agree with? But like in baseball that's pretty good you're hitting like a 250 and baseball, you're alright Not everybody understands that You do though

Sort of I think the thing I didn't agree with most is exactly what we just displayed his rule about how you have to wait at least 10 minutes to respond to a text from a girl, you can't like respond right away you you see her thought bubbles and then you're like oh no I can't do it it's Kwaku's rule I can't respond, like oh my gosh and then 45 minutes later is like better but I better do 5 hours because he said wait at most 5 hours just to make sure it's solidified because you know you don't want to be like an easy catch, you want to play the game, you want like okay and that's the problem

It seems kind of like, oh it's something to do you know, I just thought of it now Hey, you want to go out on Friday? Yeah, yeah It just seems kind of, I don't know I guess we're not Generation Z

So we don't get it A lot of dating is making the other person feel special and that just does not make me feel special in particular so it could be different for other people but generally I feel like a lot of girls feel that way Wait now that I think about it, you first asked me on a date via texting This is kind of true but it's because you brought it up in the text Sienna texted me and she was like, "Ian I just I had this dream with you

but I thought you were dating someone Oh You did? Yeah that's why I thought it was so weird

And then my mom was like you should ask her And I'm like I don't want to that's so weird But then you did ask me on a date then Yeah no but not just not like right then You weren't like, "Hey I had a dream about you" then I was like "you want to go out?" I wasn't that desperate

No, no we went on a date in the dream so we talked about dating and then he asked me on a date so Basically what I said was "Hey next time I'm in Utah or next time I see you I'll take you out sometime" It was like kind of more of a courteous way because it segwayed

Cuz it would have been awkward Yeah You kept talking about me dating you The context is very important Context, if it leads into it and you're texting it's like fine but if you want to make it genuine and sincere and like a unique experience, make the other person feel special I think on the phone but if you can in person

I'm not like an expert on dating but I feel like if you are someone who doesn't wear makeup every day and doesn't do their hair every day that you don't have to wear like get all dolled up to go on a date I feel like it's so okay to just be yourself and just do what you normally do It's okay like if you don't normally wear mascara during the day but you'd want to put it on for your date that's fine but I don't feel like you need to go over the top Being as natural and as much yourself as possible is just the best way to go about it because like when you're getting ready for the day "You make me feel like a natural woman Like that? No Is that not what you're talking about? No Keep going

The same concept of like when people put on their Tinder profiles or on their Facebook or whatever just a picture of their face, just a close up It's like you look like a mermaid that just came out of glistening water No one looks like that Yeah I think you just gotta be yourself Yeah

Be real And on the on the male spectrum I think if you don't want to dress up like a yachtsman, a leather weaved belt and loafers and skinny chinos and like popped collar This is very specific

They all look like yachtsmen or equestrians I don't know why but if you want to impress your date, I'm not saying show up in just like your street clothes like it depends on the date Now if you're going to like Morton's Steakhouse and then you're going to the Opera it's gonna be black tie but not like tuxedo black tie more like casual black tie but if you're gonna go to You're going on a slight rant about dress Yeah, it's important Can you all tell that Ian has more clothes than I do? Yeah I think there are occasions where you do need to get dressed up and you can wear makeup and you can get dolled up if you're going to something fancy but just a casual date I think it's cool just be yourself Yeah, another one of my things: on a date, put your phone away

Don't even look at it, don't even take calls or email or text or snapchat Not even until like you've said goodbye because I mean if you want to check the time, wear watch It's just you never know if somebody's looking at their phone to check the time or to check their messages or if they're bored so it's just better to avoid those situations and assumptions and just to wear watch or wait till after the date In my opinion if you want to be a true gentleman it's always making sure that your date is the center of the night You don't want to do anything that could detract from the spirit of the night, you know what I mean? It sounds like the Phantom of the Opera? I think it is music of the night

No! This is one of the things I love about Sienna is that when she gives me a compliment or when she is speaking about me in a very positive light, she never speaks about me in a negative light which is one thing that I really admire about her because there are plenty of things that I do wrong all the time But she's so great because everything she says about me or about our relationship, it's in a very sophisticated and like gentle and nice way, you're not brash or anything like that and I really love that Yeah I don't think that you should say anything negative about the person you're with to other people, I just think that that's a way for people to vent and better to talk about your issues I guess with your spouse Or your girlfriend Sorry, this is dating and we're married Even like the amazing things that happen I think it should be cherished between two people, unless you're like telling your parents like "I just met this girl and she's really nice and guess what she kissed me," you know like that's fine, you can tell your friends that but if it gets into like intimate feelings for the other person or something bad happened or there was a conflict it should just be fixed between the two Right that should be communicated just between the two people and that comes down to another thing that I think is weird in this generation

Communication is so funny with the dating game People are like, "Oh what did she mean by this text or what did they mean by that comment, do you think it was this?" And people start making lots of assumptions and I feel like it would just be better if we could be upfront with each other and talk And say, "What did you mean by that or hey I appreciate that but could you explain that further or hey I feel that way too like let's talk about this" Right because that just opens up the relationship and you can talk about more things and become more comfortable about talking Don't overanalyze the date, just just let it happen, live in the moment

So you probably didn't agree with everything we said so in the comments, give us some more dating advice Also you should subscribe to the channel, right? Yep that's what you should do Why? Because 3 Mormons is cool and everybody loves our fish Yeah subscribe because of fish Honestly he needs food, we malnourish

Just kidding, he has his own tank Lots of people wonder like– he's so cute Check us out on Instagram, Twitter, Facebook we're all over the place We're watching you watching us It's so creepy