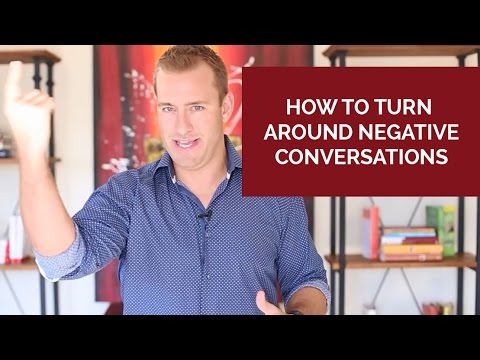 Hey, this is Mat Boggs Good to see you and today I wanted to answer a question that was posted in the comments of another video I created by a woman named Joyful Gabby

And I thought the question was brilliant and so it not only applies to me, but I’m sure that it applies to you, too, as well So Joyful Gabby writes this She says, “For some reason, I’ve been getting guys asking me questions that are way too intense for a first date They want to know about negative things from my past, what are my low points, and about my past relationships What do you do to get the conversation back on track to just the simple stuff and positivity?” And Joyful Gabby, I think this is a great question for all of us because we’ve all been on dates and sometimes – and it may or may not be the person’s fault – but it’s just their habit

Their habitual way of creating conversation is they want to come up with something interesting and so what a lot of people do to create interesting is they go to drama That’s a good sign that the person you’re with may not be a great match for you if you don’t like to go to drama to get interesting, right? There’s a couple ways people get interesting They either get interesting by going through a downward spiral of criticism and negative energy or they get interesting by expanding themselves, by talking about expansive, positive forward-moving topics in their own life So here’s an easy way to respond to someone If you’re on a date and they want to go down a negative track and you don’t want to follow them down that negative track, use the porcupine technique that I’ve described in some other videos

What’s the porcupine technique? That is when someone asks you a question that you don’t want to answer, it’s like being thrown a spiny porcupine And if someone throws you a spiny porcupine, you don’t want to hold onto it, so you toss it right back So you can ask them a question in return and get the conversation back to where you want it to go So when someone wants to take you down a negative path and asks you like, “Hey, what’s something that you really hated about your exes, or how horrible where they? Tell me about some of these experiences,” you can simply say this: “Hey, let’s not go down a negative path You know, I’m a person who believe that everything that happened in our past has the power to make us stronger if we learn from it and that our history does not determine our destiny

I’m way more interesting in where we’re going So let me ask you a question If you could be doing anything that you wanted in i the world, or go anywhere you wanted in the world, if you just had a magic wand, where would you go or what is it you would be doing?” And it’s as simple as that Just re-frame the question into what it is that you want to be talking about and toss that question right back in his direction So here’s the added benefit of doing this

See, high quality men love a woman with a vision We love women who are ambitious, women who have stuff going on in their life, women who are moving in a forward direction So when you start talking about this, you’re actually going to ignite high quality men They’re going to be attracted to this because we’re all attracted to people who are moving forward, people who are growing in their lives because as we move forward, as we grow, as we overcome challenges, as we become better versions of ourselves, what happens? We actually release life energy and that feels good You may’ve heard it said that men love a challenge, right? Like we’ve heard that

So how do you do that? The question becomes what risks can you take to move yourself forward? What decisions can you make? What bold action can you engage in to really become the best version of yourself? And here’s what’s cool When you do that and you keep your life on a positive direction, you protect yourself from negative conversation, you take these bold actions, you will set yourself so far apart from other women who allow themselves to go down negative trends, who aren’t growing, who aren’t evolving, that you’re going to attract an amazing, high quality man And when he sees you, he’s going to be like, “Man, you are the woman I have been looking for my entire life Where have you been hiding my entire life?” and all because you decided to stay in that positive vibe and grow yourself It’s very, very powerful

So for Joyful Gabby and anyone else who had this situation in their lives where they want to know how to keep conversations in a positive direction on your date, I hope that this serves you Now, I would love to hear from you Post a comment, let me know what your thoughts are in the comments section If you’re not subscribed to this channel, make sure you click Subscribe so you can get the latest and greatest videos And as always, there’s a link to a resource for you that will help expand the love in your life and help you manifest your man