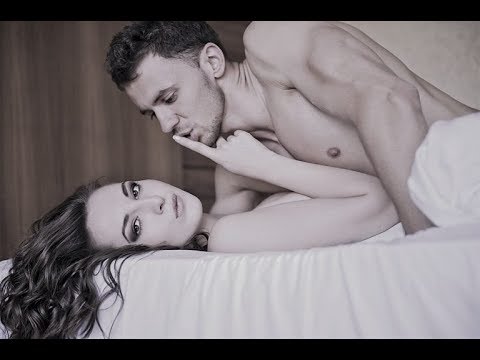 9 Things A Guy Should Never Say To A Girl In Bed Relationships have unwritten rules Technically, all of the rules in dating are unwritten, but there are certain rules in relationships that are so obvious they really shouldn’t have to be explained

Sex is supposed to be enjoyable, fun and most of all, feel good but when your partner is a complete knob and manages to say the utmost ridiculous things, the experience turns from okay to a quick downward spiral Men seem to be clueless when it comes to saying the right thing before and even worst, after sex; however, they completely drop the ball when they say outlandish, ridiculous and generally offensive things during sex Ranging from random comments to distasteful questions, these guys really have no clue what to say when they are on what is called a sex high There are several topics that one would know is without question not up for discussion, but it seems as though it is not common sense to infer about new sex positions, acting surprised, or criticize your significant other when involved in an intimate act 1

I Want to Try this Move I Used to Do with My Ex Sure, a healthy and varied sexual routine is a great way to spice up your sec life, but this is just liable to get you summarily kicked out of the bed and possibly the whole house as well No woman wants to be compared to another woman, least of all one of your ex’s, so steer clear of any comparisons Broach the subject of a new sex position you did with an ex by finding it in a book like the Kama Sutra or simply just try it out by helping your current partner get in the right position without talking about it 2 Can We Tape This? Believe it or not, there are guys out there who think if they bring up an idea last minute (because we girls are so turned on), we will say yes to anything

People taping themselves while having sex has been proven time and time again to be a horrible, not to mention ridiculous idea; it almost always comes back to bite you in the rear end You have basically made your girlfriend into a pseudo amateur porn star and let’s be real, there is a level of disrespect that comes along with the suggestion of turning on a camera during an intimate moment Bottom line, if it’s the kind of thing you think she might be into, wait till the right moment to ask 3 Are You Finished? Or… Stop asking if she is finished and just enjoy the moment

If you are worried because you are finished way before her, then use your imagination and figure out a way to help her out Asking a girl if she is finished is rude, uncomfortable and makes it seem like you are bored, which in turn makes her feel insecure The last thing you want is a girl who feels weird around you (chances are you will never see her again because she is too embarrassed to be with you) Just think about it, how would you feel if a girl kept asking you if you were finished? Amateur move guys 4

You’re not hard enough We’ve all been there It’s just not going in and you both know why In this awkward scenario, occasionally, a little white lie is in order Just pretend it doesn’t fit, it’s easier this way and no one’s feelings get hurt 5

How’s the family? Even if you’re someone who loves a chit-chat, now is not the time to talk about their mum, whether the laundry needs doing or how that work meeting went Apparently, it’s relatively obvious to most people that sex is not a time to catch up, but it took me a while to learn that 6 Random dirty talk Talking dirty is an art form, it is something that must be practiced and mastered; that being said if you have no experience doing it, then please keep it to yourself It makes for an awkward experience when you ultimately say the wrong thing which is very likely

Save the dirty talk for someone who you have an actual relationship with and you are confident you know what they want to hear There are plenty of things to do with your mouth during this time besides talking 7 How many people have you slept with? Don’t get me wrong, asking about sexual health is an absolute must with a new partner, or even a recurring one I’ve been known to ask guys if they’ve ever had a cold-sore before the first snog

But always get the STI discussion out of the way BEFORE sex starts, not as an afterthought It’s a sensitive issue that might not be ideal for mid-sex 8 You’re so much better than I thought you’d be!” Talk about a backhanded compliment, eh? Sure, you’re reassuring him that he’s doing a swell job, but you can probably do that without implying he somehow looked like he’d be crap 9

Saying nothing at all Nothing is worst than dead silence Only a negative outcome can come from this Silence usually means something awkward happened and silence during sex or after sex usually means that the sex was either disturbingly bad or ridiculously good However, experience will tell you that it was probably horribly bad

If you are not a huge talker after sex that is cool too, but maybe make that known so we as the woman do not automatically think that it was us and something we did wrong, or worst off think that your silence is a way of telling us to get up and go So before you go blurting something silly out and wondering what you said or where you went wrong, these are the 9 things a man should never say to his woman in bed It’ll make life a lot easier for you!