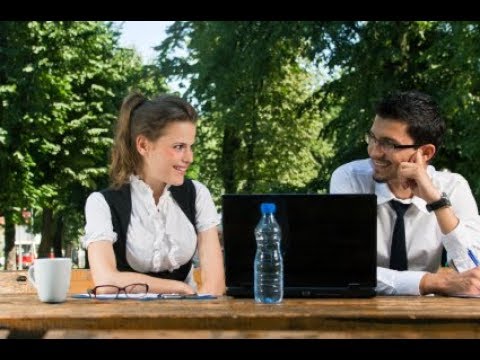 So, that first paragraph [of your dating profile] Men your profile is almost a little more of a sales pitch resume

Not exactly, but that kind That feel [Voice from a Midlife Man workshop attendee] "You want to show some stability" [Singles Workshop Speaker April Braswell] Right Yes

Women still, it's 21st century but there's this stuff that it is that it's just you know evolutionary brain you know psychologically wired you know over the centuries Is, even though we still want it's like we all have careers, and we even if we're stay at home in any way shape or form modern women who are even stay at home wives and mothers are incredibly involved in life you know it's like they're rarely Michelle Duggar Michelle Duggar wrote a book you know, home schools her kids, I mean, all these things [Modern Women] we're busy you know So, it's like most women have some kind of a career so she has some financial stability herself Even so, even if we're not planning on having children, one of the things we are biologically wired to want in a man and part of it is

It's like like Darius versus like Pam [Singles Seminar attendees in the audience] physically She's a petite lady you know, a bigger of a guy [He was over 6 ft tall]

We [ladies] just automatically know that men certainly are bigger than we are So, I want someone, I guess always do want someone who's a little bit protective And it's not that, man, I'm expecting you to be protected He's not going to be my knight in shining armor and like doing this all the time But we [ladies] feel like a little bit more our girly femmy side if a man's a little bit protective and displays a little bit of being good provider Don't worry we're not like asking for exactly what are your net assets on the First Date But it's just it that kind of a feel

It's something we're kind of looking for That's just more like on the unconscious mind evolutionary side of where we're like we just feel like a little bit [uttered in a girly sounding voice] "Oooooh!" We get to feel safe and girly I'll be cherished he'll he'll treat me well He'll treat me like a lady, you know, even if you know he's one who vacuums the living room You know kind of things like

He might open the door Hopefully he does open the door, you know, for the dates, that kind of thing We're looking for those sort of traits a little bit in a man's profile At the same time, men that want, you know, they want that were beautiful Men do you want to see a woman is stable, that she's financially stable preferably, too

And please you know with the economy in the last few years I've had folks who there's, flat out tell me, "It's like I lost my house I lost my job Or stuff like that It's like their financial position is not as stable as they would have liked it to have been Things have changed

These roles, think doesn't mean you can't date It just like it just means you're gonna have a different relationship And it means your career you're have to probably reveal some of that, not until you find out that you [two] have chemistry But you're revealing some of the realities of that around like fourth date of, "I lost my I'm doing contract work now

I'm not, I'm at like half the income I used to have" But whatever it is, something like that It's like most of us have had some kind of a hit So you know, and most singles are a little bit forbearing about that But a man's profile, I will say, it's a little bit more likely he'll need to be a little bit longer because he's doing a little bit of that kind of a resume kind of a feel to it

You're not writing exactly your resume You're doing a little more of a little more of your resume is a little more demonstrating my financial stability and a little more about my career Without putting all of your career down in a boring way So, it's like that first paragraph is kind of like you know, "I'm on tax accountant which some people think is" my cousin is just [a tax accountant ]like, "Some people, some people might think is really boring But I also really love modern art" So he immediately, it's like, there's that three dimensionality like in the first paragraph And so she immediately sees he's financially stable and he's a little bit cultured

And so that kind of that like a little bit of, "Who I am," both men and women who I am some kind of shorthand, a couple of sentences, it's your first paragraph [of your dating profile, dating apps bio]