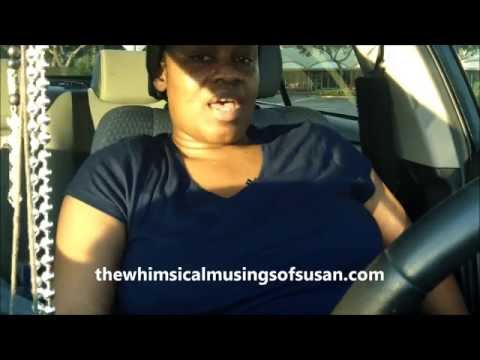 Now I think that a majority of men not all, but a majority of men, when they meet a woman they have at least if not on a conscious level on a subconscious level they have in the back of your minds that they want to have sex with that woman at some point or would like to have sex with that woman at some point if they see that woman as a romantic prospect So I also believe that most men know from the beginning when they meet a woman what category that they are going to put her in because men categorize women They know whetherFirst of all they know whether they are looking for a long-term relationship versus just a casual relationship where you know maybe, the woman is just a fuck buddy So when they meet a woman they're going to determine from that first conversation or maybe you know a few other conversations after that initial conversation whether that woman is relationship material or just someone that they would like to just have sex with on occasion So the number one you know from my experience the number one red flag or clue as to whether a man is looking at you as a "friends with benefits" partner or whether they see a long-term relationship potential is if they try to sexualize conversations with you from the beginning You know because i've had many many encounters with men where I've been on dates or just been having a

It was just at that stage of just talking and friendship and going out on dates So he we were talking about cooking and talking about pasta italian foods and recipes So I was talking to him about how to make a pasta dish where, one of the ingredients would be a tubular shaped pasta called penne So all of a sudden he says to me "Oh, I've got something tubular for you" And he started laughing and then after that he retracted and was like, "I'm sorry I shouldn't have said that"

So, that right there told me that he was trying to sexualize the conversation and that in the back of his mind or the front forefront of his mind actually he was looking for sex And there was another conversation that I had with this guy that I met on this service back in the 1990s called Telematch It's like this dating service where men and women call into the the phone line and they have the option of sending you set up your own profile with your voice you know talking about what you're looking for whether you're looking for just someone to hook up with, if you're looking for a relationship, you're looking for friendship, whatever So me and this guy met each other we never actually met in person but we met via Telematch and we started having phone conversations So during the course of the few conversations that we had, he you know he would talk about regular stuff that went on in his life day to day and I would you know have small talk with him about certain things too But then he also somehow tried to

Like I really prefer circumcised penis and he took offense to it And you know he started going off about how you know he doesn't understand why women don't like uncircumcised penis and as long as the man cleans himself she shouldn't have a problem with it And he just really got angry and highly emotional and then he ended the conversation after that and I never heard anything from him after that So you know, I I have a whole laundry list or I have a lot of stories about different men that tried to sexualize our conversations and you know that's just a red flag If a man doesn't want If he's not talking about if he's not trying to find out how you are as a person, your character, your habits, your lifestyle, what you do for living, you know trying to find out what your interests are, you know what type of family background you come from, your religion, your values, your goals, you know where you see yourself in the future, if he's not telling you anything about himself on that level, then basically he just look you know hanging around or talking to you in the hopes of seeing whether he can get you into bed at some point and how soon he can get you into bed You know he just wants to have sex with you That's it He's not interested in getting to know you as a person So yeah all right