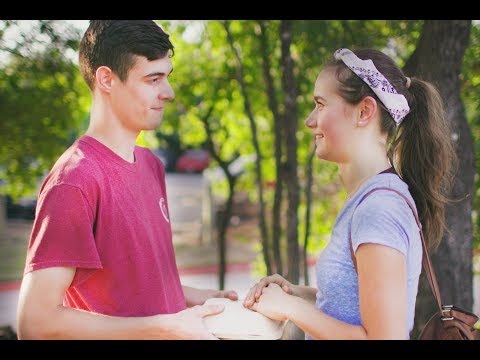 “I feel like I can’t be myself,” confesses Bree, a young woman from Plainfield, Ill  “You don’t want to seem like you care,” says Cam, slouched on a couch in Santa Cruz, Calif  “I hate it, I hate it,” sobs Cheyenne of Austin, Texas “Everything, so much of who you are, is dependent on how you look ”  “It exhausts me,” admits Alex

“Nothing good happens from Tinder,” agrees Kyle, Alex’s sometime boyfriend — even though the two New Yorkers met through the massively popular dating app  “So much dysfunction,” says journalist and filmmaker Nancy Jo Sales of the dozens of college students and young adults she interviewed for her documentary “Swiped: Hooking Up in the Digital Age,” premiering Sept 10 at 10 pm on HBO    After a five-year immersion in the social-media-driven sex lives of the millennial generation — and, more personally, as the mother of an 18-year-old daughter — it’s clear to Sales that many of her subjects are miserably swiping their way through the brave new dating world that Silicon Valley has created for them  “We are experiencing an unprecedented change in how we date, how we mate and how we connect,” Sales tells The Post  At least 40 million Americans use one or more of the dozens of online dating services and mobile apps that have cropped up in the last six years Millennials aged 18 to 30 spend an average of 10 hours a week flicking through the portraits and profiles on sites like Tinder, Bumble, Grindr and Hinge  The biggest, Tinder, sees up to 15 billion swipes a day worldwide, says company co-founder Jonathan Badeen, the man who claims credit for inventing the swipe — the right-or-left motion that drives the app as users pursue or reject potential matches The simple mechanism perfectly suits the service’s short-attention-span, glued-to-their-phones target market  It also launched a seismic social shift that psychologists are just beginning to grapple with  “We evolved in the context of small groups,” says David Buss, a University of Texas evolutionary psychologist interviewed in the film  Early humans encountered just a few dozen potential mates over a lifetime

But modern life — and especially Internet dating — provides an endless parade of choices, which “triggers the short-term mating psychology in a way that never would have been triggered ancestrally,” Buss adds  In other words, it encourages hookups  “Hookup culture did not start with dating apps,” Sales says “But online dating has weaponized hookup culture and has sent it into warp speed ”  And even though 80 percent of dating-app users say they turn to them in hopes of finding a long-term partner, Sales says, the apps instead reward behaviors that undermine and, eventually, destroy relationships  THE fault lies in their very design, which exploits our brain chemistry through a calculated program of intermittent rewards that arrive regularly but unpredictably, just like the occasional jackpots of a slot machine  “We absolutely added these almost game-like elements, where you feel like you’re being rewarded,” Tinder’s Badeen tells Sales in the film “You’re excited to see who the next person is, or you’re excited to see, did I get the match?”  When a pair of Tinder users swipe right on each other’s profiles, the signal of mutual interest sets off some gratifying graphics and audio effects  “And then you unlock the ability to message them, and it feels good,” explains Vin, a college student from California “Or you can go back and test your luck again”  “It’s like a mini-adrenaline rush every time,” Kyle says “It’s like a little video game”  Badeen based the function on the theories of Harvard behavioral scientist B F Skinner, whose experiments with pigeons proved that even birds can be transformed into compulsive gamblers, addicted to the high of occasional machine-driven winnings, if the rewards are doled out on what he called a “variable ratio schedule ”  “Having unpredictable, yet frequent, rewards is the best way to motivate somebody,” Badeen says in the film  “It’s called gamification, and it is designed to be addictive,” Sales adds

“It’s explicitly modeled to control behavior ”  A variable ratio schedule, Skinner maintained, is what hooks us on gambling devices The payoffs, when they happen, bathe our brains in a feel-good hit of dopamine — and the unpredictability goads us into trying for just one more win  “Apps that give you variable feedback, rather than predictable feedback, have this same potential to be addictive,” says NYU psychologist Adam Alter  “They are engineered to draw you in and to keep on using it, not to help you meet the love of your life,” Sales says  Finding a long-term partner “may be what the user wants, but it’s not the goal of these platforms The goal is to keep you swiping, keep you coming back for more” — an urge the apps can monetize by offering premium features and added access, for a price  Tinder is on pace to earn $800 million this year, its parent company said last month  “The way these services are designed tips the scale toward hookups,” admits Justin McLeod, the CEO of Hinge, a dating app that bills itself as relationship-oriented  And even the apps that talk a good relationship game trend in the same Tinder-fied direction, users say  “All the guys, they’re not looking for s–t but hookups,” Bree insists in the film “And like quick, that-night hookups    for guys, it’s like a catalog for them ”  “This tech has actually privileged the people who want hookups,” Sales says “And statistically, it’s just true that men are more interested in hooking up than women ”  She blames the “bro culture” of Silicon Valley and the tech genius of young men — and a handful of female peers — who bonded in college and went on to build sites that suited their own social needs  ONE of those few women, Tinder co-founder Whitney Wolfe Herd, appears in the film to talk about her company’s early marketing strategy  The app was launched with Herd’s 2012 visit to Southern Methodist University in Texas “It was first taken to the sororities — pretty much the height of the culture of traditional femininity,” Sales says  “Then we took it to the frats,” Herd recalls

“And we told them, ‘Every Kappa, every Pi Phi, every Theta — they’re on this app and they’re waiting for you to match with them Download it, download it, download it!’ ”  “Talk about reinforcing gender stereotypes!” Sales says “[Herd] seemed to be very proud of her marketing strategy But here they were, literally giving girls to guys That’s what these apps are designed to do”  It led almost inexorably to the “Barbie and Ken culture” that social scientists see as the norm on dating apps aimed at heterosexual users  Both sexes “rely on gender stereotypes, leading many women to sexualize themselves and many men to present themselves in a very stereotypically masculine way,” Sales says  Fish pics, for example The photo of a young man hoisting a just-caught sailfish or trout is a common Tinder trope  “Literally, it’s saying, ‘I will get food for you,’ ” Sales says “Or they’ll post a picture of themselves at the top of a mountain — that says ‘I can climb, I am strong ’ Or torso shots at the gym

”  Women, in turn, feel pressure to project a veneer of ultra-feminine sexuality  “We got the bombshell bra on, face full of makeup, the weave or the wig,” Bree says in the doc “And when all that comes off, when they see the real you, then they’re not even attracted to you anymore ”  “The accepted narrative of the apps is all about liberation,” Sales says “But in truth it’s just a lot of people reapplying gender stereotypes — and a lot of times feeling bad about it ”  The constant curation of an online persona can do a number on users’ emotional health  “The effect of mobile dating apps is that you feel like you can be dating all the time,” says Harvard dating historian Moira Weigel “You feel as if you should always be putting yourself out there, promoting your product ”  “I’m very aware of the pressure and the need to be manicured and beautiful and to have a uniform Instagram feed that people will want to follow,” says Cheyenne “I don’t enjoy doing sexual stuff with people because I’m so caught up in how I look And then I’m also caught up in how they look”  “I don’t have the greatest self-esteem,” she admits  Millennials like Dylan, a young New York DJ with an impressive social-media following, don’t have it any easier  “I was his trophy girlfriend with the cool clothes and a lot of followers on Instagram    but I don’t think he genuinely wanted me,” she says of one former flame

“He treated me like I was an object ”  Sales calls it “the scourge of ‘likes’ ”  “That constant pressure to post and be perfect and be sexy has now worked its way into dating,” she says “The makeup industry has exploded, by the way, and also plastic surgery — plastic surgeons have young women coming in saying ‘I want to look good in selfies ’ ”  An August study released by the American Society of Plastic Surgeons noted a sharp rise in procedures for girls under age 19 — tying that stat to the fact that the average millennial will take more than 25,000 selfies in his or her lifetime  “Now dating is based entirely on pictures, not just on dating apps but also on Instagram, on Snapchat, multiple platforms,” Sales says  “Heartbreak is nothing new, but it becomes so much easier with this technology”